skip to main | skip to sidebar

Lately I've found myself in a pretty dreadful mood, for any number of reasons I suppose. Partially, obviously, I'm in a lot of pain and it's hard to be upbeat when every step hurts and brings a constant reminder of our own crumbling mortality. However, it's more than that. Yesterday was Canadian Thanksgiving, which, in a Non-Zombie Apocalypse (or, as I've started referring to it as, the NZA) world, normally lines up with our traditional Fall Break at Champlain. One of our traditions, which is celebrated somewhere here on this blog (one of the now 2400 blog posts, because I'm just that self-absorbed), is to head up to Montreal for the Alouettes Thanksgiving day game (the CFL equivalent of the Lions or Cowboys playing every Thanksgiving here in the US, in the vastly inferior NFL). Since we can't cross the border - and since the pandemic has also canceled the CFL season - this was an impossibility. For some reason this really hit me hard, while also recognizing that in a world where over 200,000 Americans have died this is the very definition of #FirstWorldProblem (if not, #InsensitiveWanker). That said, I try to be honest here on the blog, which means I also need to admit that it did give me the blues, and seemed like a metaphor for all that we're giving up at this moment. And it reminded me that I won't be going to Jordan next month - nor Palestine and Australia in the spring - and who knows if I'll go anywhere over the summer - or even next fall. I guess I've defined myself too much by my travel. That said, I also try to keep in mind that I'm one of the lucky ones, and that soon, soon, all too soon I'll be back on a plane heading somewhere. And even the multiple surgeries that are lining up will in the end empower me to get there; truthfully, I couldn't pull off any trip at the moment. 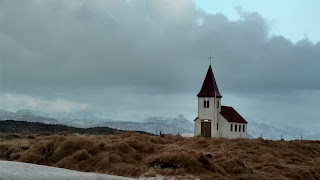 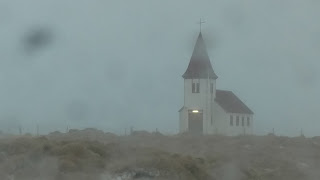 For some reason these two pictures I snapped in Iceland a few years ago - during a sudden whiteout - seemed a fitting metaphor for my mood as we struggle through the great pandemic isolation and our former lives become indistinct memories.

Posted by Gary Scudder at 3:12 PM No comments:

It is hardly a radical statement to point out that during the current Zombie Apocalypse we are even more appreciative of any opportunity that we get to spend time with friends and family. This past weekend I was lucky enough to get to spend a couple hours with my nephew Garrett and his girlfriend Emily (who clearly is dating beneath her station in life). We were joined by my son, so the whole thing was just about as good as it could get. We met at the Four Corners of the World Deli and then moved on to the St. John's Club, which also allowed me to hand deliver some homemade goetta and some delicious treat from Klinger's (their maple pull-aparts, otherwise known as monkey bread). 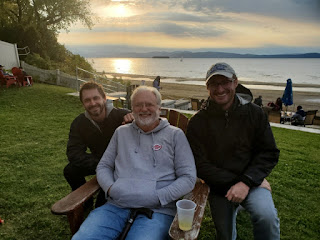 Obviously, good looks skips a generation in my family.

Posted by Gary Scudder at 2:41 PM No comments:

Definitely Not a VIP

It's well known amongst my friends that I spend part of Sundays at Smitty's Put out on North Avenue to watch the Vikings games (usually to my shame and humiliation, not for Smitty's excellent cuisine but rather a continuation of over fifty years of following that blighted team). Apparently my schedule is even more transparent than I thought, as is shown by the text that magically appeared, unbidden, last Sunday morning.

"Good morning Gary, we have your regular table reserved for you for The Viking's game if you are planning coming in. Thanks, Bruce."

Actually, I wasn't planning on going to Smitty's that day, and since I had an engagement at 4:00 I was just going to catch whatever 1:00 game was showing locally. However, how does one say no to that request? So, I came out to Smitty's after all, and enjoyed some of their delicious wings (and, obviously, a prime number). I've never actually reserved a table at Smitty's, although I usually just walk in (during the non-Zombie apocalypse age) and head to the back, where they already have the Vikings game on for me. 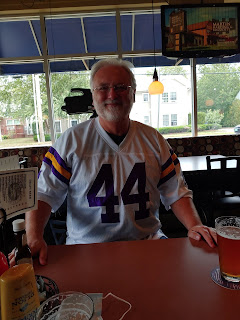 Here I am at Smitty's, rocking the Chuck Foreman jersey that my brother Eric sent me last year as a Christmas gift (although my forty year old Fran Tarkenton jersey, which my brother also gave me, is still in great shape . . .).

Posted by Gary Scudder at 5:13 AM No comments:

"Noah's dove had not searched the earth for resting-places so carefully, or with so little success. Any spot on land or water satisfies a dove who wants and finds rest; but no perch suits a dove of sixty years old, alone and uneducated, who has lost his taste even for olives. To this, also, the young may be driven, as education, and the lesson fails in humor; but it may be worth knowing to some of them that the planet offers hardly a dozen places where an elderly man can pass a week alone without ennui, and none at all where he can pass a year.

"Irritated by such complaints, the world naturally answers that no man of sixty should live, which is doubtless true, though not original. The man of sixty, with a certain irritability proper to his years, retorts that the world has no business to throw on him the task of removing its carrion, and that while he remains he has a right to require amusement, - or at least education, since this costs nothing to anyone, - and that a world which cannot educate, will not amuse, and is ugly besides, has even less right to exist than he. Both views seem sound; but the world wearily objects to be called by epithets what society always admits in practice; for no one likes to be told that he is bore, or ignorant, or even ugly; and having nothing to say in its defense, it rejoins that, whatever license is pardonable in youth, the man of sixty who wishes consideration had better hold his tongue. This truth also has the defect of being too true. The rule holds equally for men of half that age. Only the very young have the right to betray their ignorance or ill-breeding. Elderly people commonly know enough not to betray themselves.

"Exceptions are plenty on both sides, as the Senate knew to its acute suffering; but young or old, women or men, seemed agreed on one point with singular unanimity; - each praised silence in others. Of all characteristics in human nature, this has been one of the most abiding. Mere superficial gleaning of what, in the long history of human expression, has been said by the fool or unsaid by the wise, shows that, for once, no difference of opinion has ever existed on this. 'Even a fool,' said the wisest of men, 'when he holdeth his peace, is counted wise,' and still more often, the wisest of men, when he spoke the highest wisdom, has been countered a fool. They agreed only on the merits of silence in others. Sophocles made remarks in its favor, which should have struck the Athenians as new to them; but of late the repetition had grown tiresome. Thomas Carlyle vociferated his admiration of it. Mathew Arnold thought it the best form of expression; and Adams thought Matthew Arnold the best form of expression in his time. Algernon Swinburne called it the most noble to the end. Alfred de Vigny's dying wolf remarked: -

Even Byron, whom a more brilliant era of geniuses seemed to have decided to be but an indifferent poet, had ventured to affirm that -

with other verses, to the effect that words are but a 'temporary torturing flame,' of which no one knew more than himself. The evidence of the poets could not be more emphatic: -

'Silent, while years engrave the brow!/ Silent, - the best are silent now!'

"Although none of these great geniuses had shown faith in silence as a cure for their own ills or ignorance, all of them and all philosophy after them, affirmed that no man, even at sixty, had ever been known to attain knowledge; but that a very few were believed to have attained ignorance, which was in result the same. More than this, in every society worth the name, the man of sixty had been encouraged to ride this hobby, - the Pursuit of Ignorance in Silence, - as though it were the easiest way to get rid of him. In America the silence was more oppressive than the ignorance; but perhaps elsewhere the world might still hide some haunt of futilitarian silence, where content reigned, - although long search had not revealed it, - and so the pilgrimage began anew!" 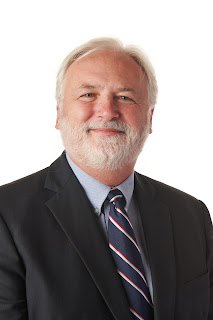 A man at sixty.

Posted by Gary Scudder at 4:28 AM No comments:

And yet another set of pictures that returned from the Google unknown, this time of an appropriately subterranean Flamenco club that we stumbled across in Madrid on the Thanksgiving Spain/Portugal trip that Mike Kelly and Kelly Thomas led twenty students on several years ago. I'm thinking of repeating that trip - or maybe Spain or Portugal - in the fall of 2021, which will be the earliest I can imagine being able to take students overseas again. If I remember correctly, it was Kelly Thomas who was the driving force in pulling this off, and it was definitely a great call. 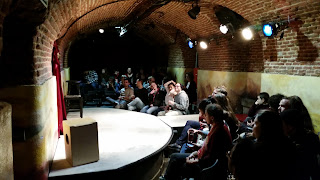 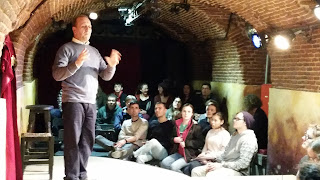 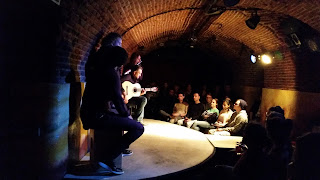 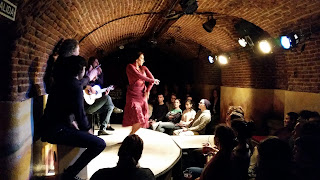 Mike Kelly and I instantly fell in love with the dancer. She completely dominated and everybody else on stage existed solely to do her bidding. The students had a ball.

Posted by Gary Scudder at 3:09 PM No comments:

I Guess That Was Nine Years Ago

Another bizarre picture that somehow resurfaced from the abyss. Here I am nine years ago in the Sheikh Zayed Masjid in Abu Dhabi, which must have been early during my sabbatical year there. Who is that guy, and why is he so thin (and why am I not)?

It also has left me feeling more than a bit whimsical and bittersweet. Stuck here in the middle of the pandemic this upcoming sabbatical is apparently not going to be featuring a semester in Palestine, but instead I'll be stuck here in Vermont and will feature two or three surgical procedures on my knees and hip. I suppose I led an interesting life one time, although I can't seem to remember when. 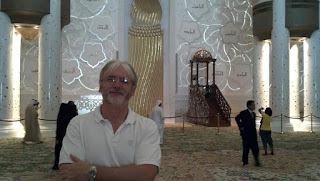 He probably had good knees as well, the unfeeling bastard.

Posted by Gary Scudder at 3:01 PM No comments:

I have nothing profound to add to this picture other than it's brilliant. Several years ago (and, truthfully, it never actually changes) I was sitting next to my most excellent friend Mike Kelly during a Core division meeting and he turned a clementine peel into a work of art - and a call for help. 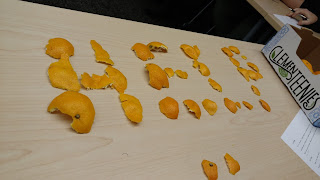 Truthfully, haven't we all been there?

Posted by Gary Scudder at 2:53 PM No comments:

Gary Scudder
Burlington, Vermont, United States
As Lucinda Williams reminds us: "In the silence of the roses Words fell"

Words (Between the Lines of Age)

"Do the gods light this fire in our hearts or does each man's mad desire become his god?"
Virgil, Aeneid
"It was in vain that I lingered before the hawthorns."
Marcel Proust, Remembrance of Things Past
"Mtu ni Watu" (A Person is a People)
Zanzibari proverb